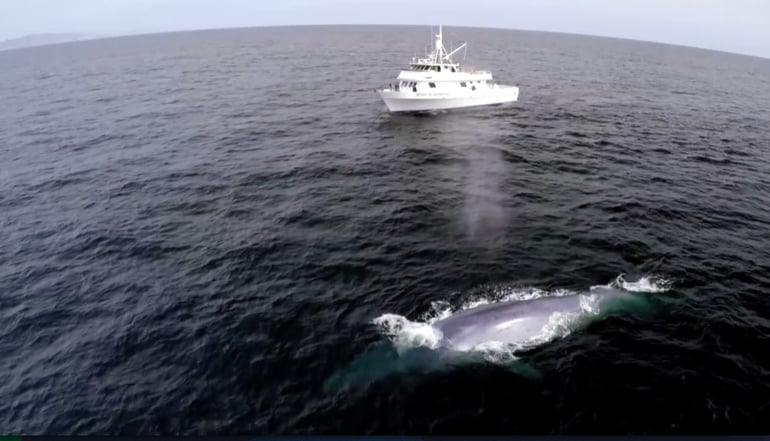 While Marine Protected Areas are generally ship-free zones, many sea creatures don’t remain in one spot and so there are also dedicated zones – sometimes right in open water – where endangered or at risk species tend to gather in which ships are expected to slow down or face a hefty fine. In light of the recent whale deaths, the Canadian government announced immediately that ships measuring 20 metres in length or greater must slow down to 10 knots while traveling through the western Gulf of St. Lawrence. Other measures of protection are being considered until the whales are expected to migrate elsewhere in the fall.

Sea life protection is nothing new in the world’s waterways, but it is an increasing concern, as demonstrated by the recent news about the North Atlantic right whales. Satellite AIS data, like that gathered and analysed by us here at exactEarth, can, and has played a role in environmental protection. The threat of being fined isn’t enough to bring about perfect compliance, but monitoring ship speeds through protected zones can help marine protection enforcement agencies increase awareness. Ships may not even be aware they’ve hit an animal, making the commercial impact less than the environmental impact, which is why reduced speeds are critical. exactEarth technology can track and identify individual ships, their course, and their speed in any given area. In an experiment we did a couple of years ago we accurately identified ships travelling beyond the reduced speed through protected zones. Monitoring agencies can further set up geo-fences that track ships entering defined geographical areas like MPAs and reduced-speed zone to retroactively enforce those hefty fines. When exactEarth’s real-time satellite constellation is fully active the opportunity to enforce environmental protection protocols will increase.

Indisputably, if sea life – whales, manatees, crustaceans, coral – aren’t given the opportunity to thrive, the sea-faring industry will also suffer. With tens of thousands of vessels on waterways worldwide at any given moment the challenge is in finding middle ground to protect marine life while also protecting commercial business. What is the perfect solution? exactEarth looks forward to being part of the answer.