Catching Up with Deadliest Catch

Summers in Canada conjure up images of sitting out on the dock of the bay, fishing pole cast into a serene lake while off in the distance a loon lets out its distinct call.

Over on the Discovery Channel, they are reminding us that all sorts of fishing activity is happening in some not so serene places. Deadliest Catch (airing Tuesday nights at 10 p.m.) follows the crews of fishing vessels in the Bering Sea during the Alaskan crab seasons. After a couple episodes you will quickly discover where the show gets its title when you see the high level of risk for the crew aboard these boats. Huge rogue waves and frigid waters combined with massive industrial fishing equipment being hurled around at breakneck speed makes for some extreme TV.

Here at exactEarth we tend to focus on other sorts of fishing activity, namely how Satellite AIS tracking can help to prevent Illegal, Unreported and Unregulated fishing. Deadliest Catch is a reminder though of the risks associated with the modern commercial fishing industry which sits atop the list of America’s most dangerous jobs.

In the Bering Sea, a lot can happen to a ship in just a short amount of time which is why tracking fishing boats continuously is so crucial to avoid major incident and to react quickly if something goes wrong.

This is where exactAIS comes into play – providing comprehensive ship tracking of vessels globally, including the remote North.

Take a look at exactAIS tracking of three of the major fishing boats on Deadliest Catch this season out in Alaskan waters; Cornelia Marie, Saga, and Time Bandit. 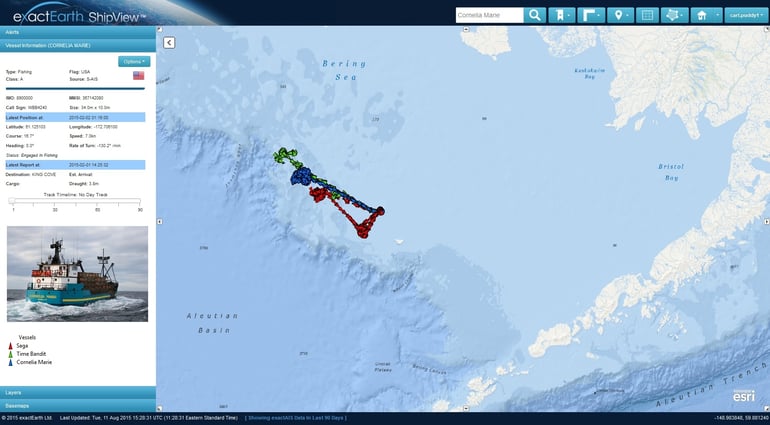 Traversing through these dangerous and frigid waters, vessels need to ensure they follow the best practices and acquire the latest safety technology to avoid major incidents in this unforgiving environment. 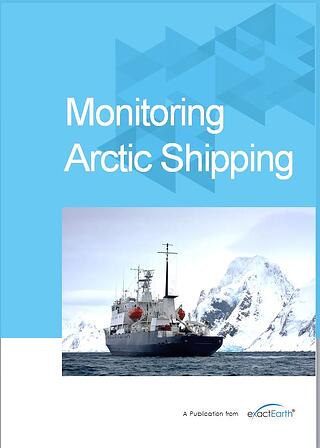 Learn more on how Satellite AIS can play a critical role in monitoring shipping activity in the North,
download our free e-book.